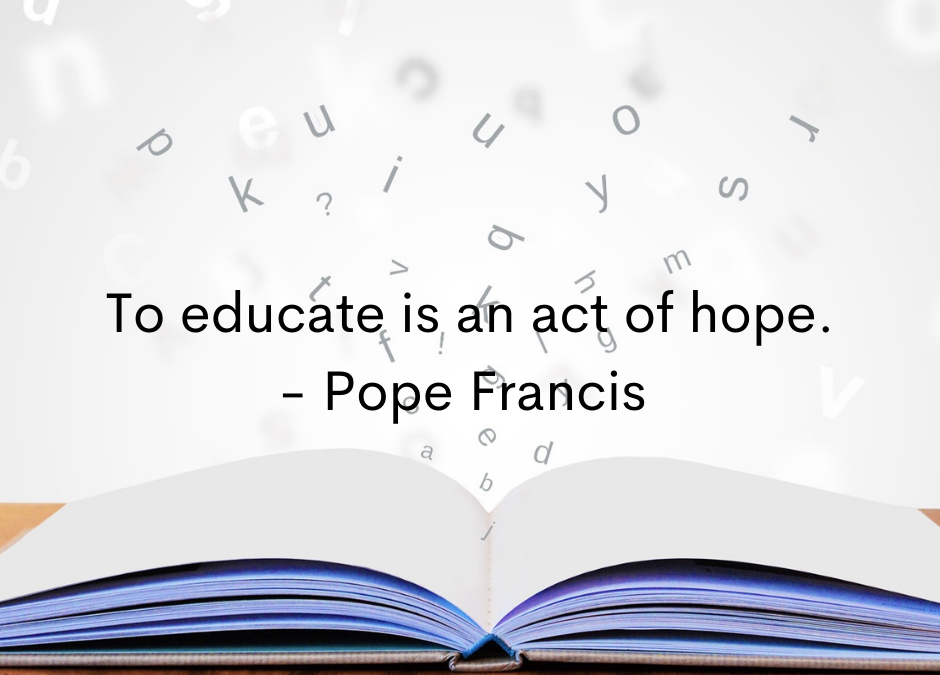 The underlying principle of the new “Instruction” issued by the Congregation for Catholic Education is that educating is a passion that is always renewed. The document released on 29 March by the Congregation is entitled “The Identity of Catholic Schools for a Culture of Dialogue”. It is a concise and practical tool based on two motivations: “the need for a clearer awareness and consistency of the Catholic identity of the Church’s educational institutions throughout the world,” and the prevention of “conflicts and divisions in the essential sector of education”. The document falls within the goals of the Global Compact on Educational, desired by Pope Francis, so that the Church may remain strong and united in the field of education, and thus carry out its evangelizing mission and contribute to the construction of a more fraternal world.

The Church is mother and teacher

In particular, the Instruction highlights that the Church is “mother and teacher”: its educational action, therefore, is not “philanthropic work”, but an essential part of its mission, based on fundamental principles, first and foremost the universal right to education. The other principles that are developed are: the responsibility of everyone – first of all of the parents, who have the right to make educational choices for their children in full freedom and according to conscience, and of the State which has the duty to make different educational options available within the framework of the law – and within these, the Church’s basic principle for education in which evangelization and integral human promotion are intertwined. Also considered is the formation of teachers, so that they may be witnesses of Christ; collaboration between parents and teachers and between Catholic and non-Catholic schools; the concept of Catholic schools as “communities” permeated by the evangelical spirit of freedom and charity, thus providing formation and promoting solidarity. In a multicultural world, we are also reminded of “a positive and prudent sex education,” a not insignificant element that students must receive as they grow up.

The culture of care

Catholic schools, the document highlights, also have the task of educating for a “culture of care,” in order to convey those values based on the recognition of the dignity of every person, community, language, ethnicity, religion, peoples, and all the fundamental rights that derive from it. A culture of care is precious “compass” for society, forming people dedicated to listening, constructive dialogue and mutual understanding.

In constant dialogue with the community

In constant dialogue with the entire community, Catholic educational institutions must not be a closed model, in which there is no room for those who are not “totally” Catholic. Warning against this attitude, the Instruction recalls the model of an “outgoing Church”: “We must not lose the missionary impulse to close ourselves in an island – the document reads – and at the same time we need the courage to witness to a Catholic “culture” that is universal, cultivating a healthy awareness of our own Christian identity”.

Another focal point of the document is the need for clarity of competencies and legislation: it can happen, in fact, that the State imposes on Catholic public institutions “behaviors that are not in keeping” with the doctrinal and disciplinary credibility of the Church, or choices that are in contrast with religious freedom and with the very Catholic identity of a school. In such cases, it is recommended that “reasonable action be taken to defend the rights of Catholics and their schools, both through dialogue with state authorities and through recourse to the competent courts.”

To educate is always an act of hope

The Instruction concludes by emphasizing that Catholic schools “constitute a very valid contribution to the evangelization of culture, even in countries and cities where an adverse situation stimulates the use of creativity to find adequate paths,” because, as Pope Francis says, “to educate is always an act of hope.”

No comments to show.