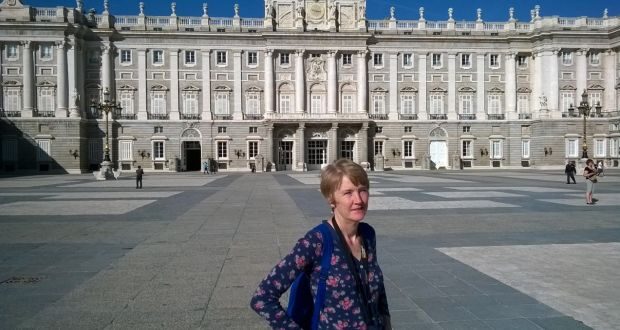 Writing in The Irish Times on Friday 21 January 2022, Dr Marie Griffin, Chair of the Catholic Education Partnership, said the contribution of Catholic schools is essential to a diverse society. Dr Griffin also highlights some of the findings of a piece of research that was recently undertaken called the Genesis Survey. Click below to read the article:

So, in schools from Derry to Kerry, what goes on during this special week? The theme for this year’s week is “Catholic schools: living life to the full”. The theme was chosen to reflect the gradual opening of society after the pandemic and the increased opportunities to engage again in all the activities that are integral to the full development of pupils in schools.

While every Catholic school fosters the holistic development of its students, promotes their wellbeing and encourages them to nurture their talent and skills and “learn to be the best we can be, being kind to ourselves, each other and the world around us”, our schools also want to be excellent places of art, music, sports and good neighbourliness.

Conscious of the ever- evolving needs of parents and students, the Catholic Primary Schools Management Association, the Catholic Education Partnership, and the Association of Management of Catholic Secondary Schools, commissioned the consulting firm Genesis to measure public attitudes towards how schools of a Catholic ethos are perceived in our pluralist educational system.

The survey was carried out in 2019 and the results underpin the necessity for choice and a diverse educational landscape in the interest of our young people.

This research aimed to get an up-to-date and comprehensive picture of public perceptions of the Catholic school “brand” and factors determining choice of Catholic schools.

The survey returns highlight that Irish parents prize highly the holistic development of their children, citing a focus on respect, community and faith formation as the three leading advantages of Catholic schools.

As one parent said in the report: “I feel what this generation are in danger of missing out on is that building of resilience … something bigger than themselves, their phones! Something that they can return to in dark times. That’s when the Church really comes into its own”.

This issue will be addressed on Wednesday as primary schools are asked to think about communities of love, with a particular focus on grandparents. My own favourite memory of this day is of the comment by a grandfather who was asked about the benefits of being older. He said that it was “the opportunity and joy of getting to know” his granddaughter.

Also, on Tuesday, in post- primary schools, there will be a reflection on “how inclusive our Catholic school is”. It is recognised that the new Junior Cycle specification underpins every aspect of learning in secondary schools with a call to question, explore, enquire and reflect.

These four verbs are critical to creating an environment of inclusion in Catholic schools: a place where everyone, of all faiths and none, is accepted and welcomed. And there’s lots more happening during the week, with songs, liturgies and engagement with the wider community.

Many people might ask why we need such a week. Critics of denominational education might say that we have too many Catholic schools and we don’t need to have a focus for such a week. At a national level, Catholic bishops recognise that there is a need to divest some primary schools to the State and, as patrons, bishops are engaged in a process with the Department of Education to do so.

However, what is not well known is that parents in local communities are often loath to change the patronage of their school. The Genesis research found that only 4 per cent felt they did not get their first preference for the school of their choice; while 72 per cent of parents felt they had a choice of schools to pick from and that they sent their child to the school of their choice; and, 24 per cent felt that they sent their child to the only school that was available in the area.

Because parents may not want a change of school patronage, there is a need for much local consultation and dialogue in the days ahead. As in all areas of Irish life today, engagement and dialogue are intrinsic to the work of the modern Church.

Indeed, from the Church perspective, the recently initiated Synodal Pathway will be a “process of conversation, engagement and dialogue” for all according to Bishop Fintan Gavin of Cork & Ross.

Overall, the Genesis survey shows a high level of satisfaction among parents of primary school-going children with the quality of education being delivered. The data found that 78 per cent of parents were either “satisfied” or “very satisfied” with the school their child was attending. Only 18 per cent of parents felt “dissatisfied” or “very dissatisfied” with no major difference in satisfaction across regional or socio-economic lines.

A key characteristic of a modern and diverse democratic society is including the worldview of both faith, and non-faith, representatives. The availability of choice of education provider is essential in this regard. No system of education is value free or neutral so, while we might look forward to a more diverse school type offering at primary level, and work towards that goal, Catholic schools will continue to be centres of faith, excellence, joy and hope. Of course, any opportunity for celebration in our schools is welcome!

One of my favourite Irish Times columns is Patsy McGarry’s “In a Word” in which Patsy steps back to look at different ways of interpreting words and their meaning. Maybe, as a society, it is timely that we review the word “catholic” so as to include its broader meaning: “involving all”.

Dr Marie Griffin is chairperson of the Catholic Education Partnership